You are here: Home / Uncategorized / Four Accounts of Jesus’ Birth 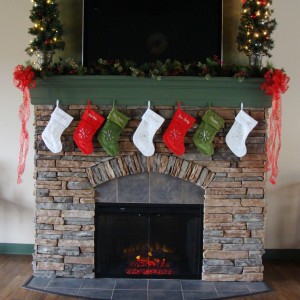 Matthew began his account of the life of Jesus with the genealogy of Joseph, the husband of Mary. He then proceeded to tell how an angel of God directed Joseph to take the pregnant Mary for his wife, directed gift bearing Magi to avoid seeing King Herod after their visit to baby Jesus, warned Joseph to get out of Bethlehem and flee to Egypt, let Joseph know when it was time to leave Egypt and return with his wife and child to Israel, and then warned Joseph to stay away from Judea and go to Galilee instead. They then landed in Nazareth. Cousin John the Baptist began preaching in the wilderness. John baptized Jesus. Jesus was tempted by Satan and BAM! -Christ began preaching and choosing disciples.

Luke’s account began with an angel telling the husband of the mother of John the Baptist that his barren wife Elizabeth would have a child. Then Luke told how the angel informed Mary she would give birth to the Son of the Most High. Mary then visited Elizabeth. Mary exalted the Lord. John is born. Zacharias exalted the Lord. Jesus is born in Bethlehem. Angels appeared to shepherds. Jesus is presented in the temple. All this is followed by the story of the 12 year old Jesus teaching in the temple. John preached in the wilderness. John baptized Jesus. Jesus is tempted by Satan, and BAM! Jesus began preaching.

Which of these accounts has the best beginning to the story of Jesus Christ? Many Christians prefer Luke’s account. It is the most often read during Christmas gatherings. The question, however, is not a fair one. Luke’s account provides lots of Kodak moments perhaps provided to Luke by Mary. We can picture the scenes of the shepherds, the host of angels, and the babe in the manger. But the story of Jesus birth is best with the combination of all four accounts. Matthew helps us to connect Jesus to the lineage of King David and to see God’s hand guiding every event involved in His birth and early life. Mark’s omission of the birth story keeps us focused on the main thing, “the kingdom of God is at hand; repent and believe.” John’s gospel reminds us that before He was a baby swaddled in cloth He was with God wrapped in glory. John chooses not to tell about the silent night, but about the one who is light.

Each of the gospels adds truth and light to the story. Each writer gives strength and substance to this incredible event in history. The Holy Spirit inspired four men to give us a written record that God sent His Son into our world. “Behold, I send My messenger . . . make ready the way of the Lord.” (Mark 1:2,3) “. . . Joseph the husband of Mary, by whom Jesus was born, who is call the Messiah.” (Matthew 1:16) “Today in the city of David there has been born for you a Savior, who is Christ the Lord.” (Luke 2:11) “And the Word became flesh, and dwelt among us, and we saw His glory, glory as of the only begotten from the Father, full of grace and truth.” (John 1:14) When we gather at Christmas to tell the story of the new born babe, we should tell the complete story. Our children need to hear about more of the story than what Luke provides. All four gospels are necessary, . . . if you believe that God’s Word Matters.