You are here: Home / Archives for Virtue

We are, in the fourth chapter of Philippians, implored  to “be anxious for nothing” and instead to meditate on these things: whatever things are true, noble, just, pure, lovely, of good report, and any other virtue or praiseworthy things. These are good and wholesome things. These are things worthy of our contemplations.

The phrase “any other virtue” begs us to define the word virtue. The dictionary definition calls it a particular moral excellence. It is a beneficial quality or trait or behavior showing high moral standards. Greek philosophers Aristotle and Plato, selected wisdom, courage, temperance, and justice, as four most desirable character traits or virtues. It is popular today to consider tolerance as the most desirable and commendable virtue.

Christians in past centuries identified and listed what was considered virtue. After Pope Gregory released his list of seven deadly sins in AD 590, the seven virtues became identified as chastity, temperance, charity, diligence, patience, kindness, and humility. Practicing them is said to protect one against temptation from the seven deadly sins.

It seems to me that any discussion on virtues is a rare thing today. It also seems that time spent occupying our minds with thoughts of what behaviors are desired virtues could be of great spiritual benefit. William J. Bennett, who served as Secretary of Education under President Ronald Reagan, compiled a book of stories, poems, and quotes, titled The Book of Virtues. In his introduction explaining his compilation he says, “We have a wealth of material to draw on – material that virtually all schools and homes and churches once taught to students for the sake of shaping character. That many no longer do so is something this book hopes to change.”

Churches typically talk about virtue on two occasions – Mother’s day and funerals for women. That is when the passage in Proverbs 31 is read. “Who can find a virtuous wife? (Proverbs 31:10). This verse is followed by twenty-one verses describing what is virtuous. As we follow Paul’s instructions to meditate on “any other virtue,” there is probably no better place in scripture than Proverbs 31 for men and women to cogitate. 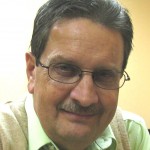